Adding a New Dimension to Rail Infrastructure in Telangana State

Sh Piyush Goyal, Minister of Railways will be dedicating 400 kWp solar power plant in Telangana, along with a host of other amenities to the nation to enhance passenger convenience. Also, Sh Piyush Goyal will be flagging off extension of Kacheguda-Nizamabad Passenger train, which will enhance rail connectivity in North Telangana. 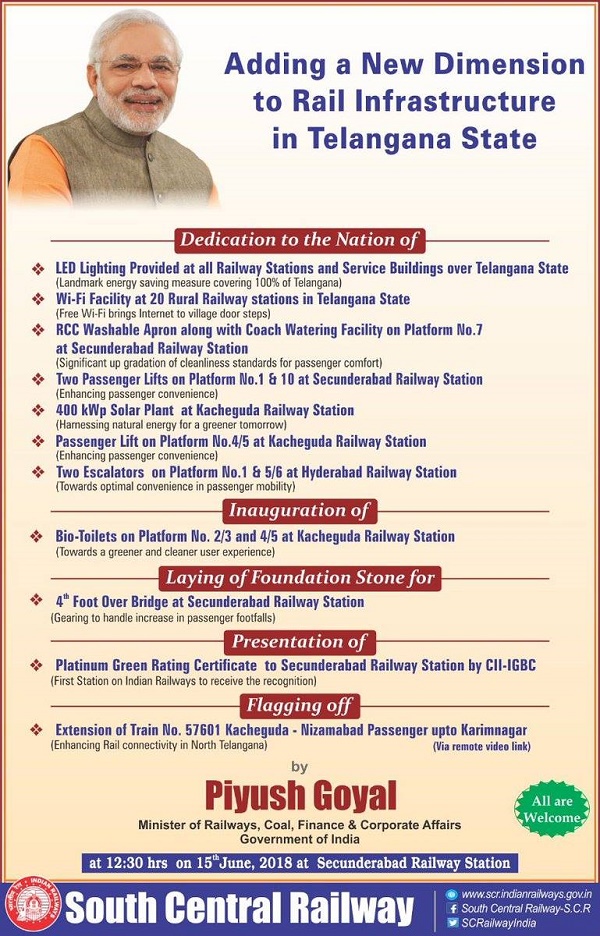