The following shall be the revised zones and fare for a single journey tokens as well as for a Smart Card w.e.f. 07.11.2013:

3.Journey shall be permitted with the existing Store Value Smart Cards as per the revised fare, w.e.f. 07.11.2013.

4.The minimum balance in a Smart Card shall be Rs.25.00 i.e. the maximum fare for a single journey with new fares on Metro Railway, Kolkata.

5.No General Multi Ride Card will be in existence with the introduction of new fare structure except Student Smart Card.

6.Student Card holders will enjoy the remaining rides as usual, till exhaustion of the rides due. Further recharging will be done as per the new fare structure with concession @ 60%, as per Railway Board’s existing policy.

7.Issue of new Student Smart Cards will be done with the existing concession of 60% as per the following table, in addition to the Security Deposit amount of Rs.60.00.

8.As regards to RTC Card (issued to Hon’ble MLAs/MLCs), the holders shall enjoy the remaining value on their Cards on revised fare. On consumption of balance amount, it will be further recharged as per the new fare structure.

9.The fares of each journey will be the same for Tokens as well as for Smart Cards.

10.A 10% bonus on flat rate shall be allowed for issuing and recharging of General Smart Cards.

12 Refund on all type of cards will be made as per the system in vogue.
Station to Station Zones and Fares 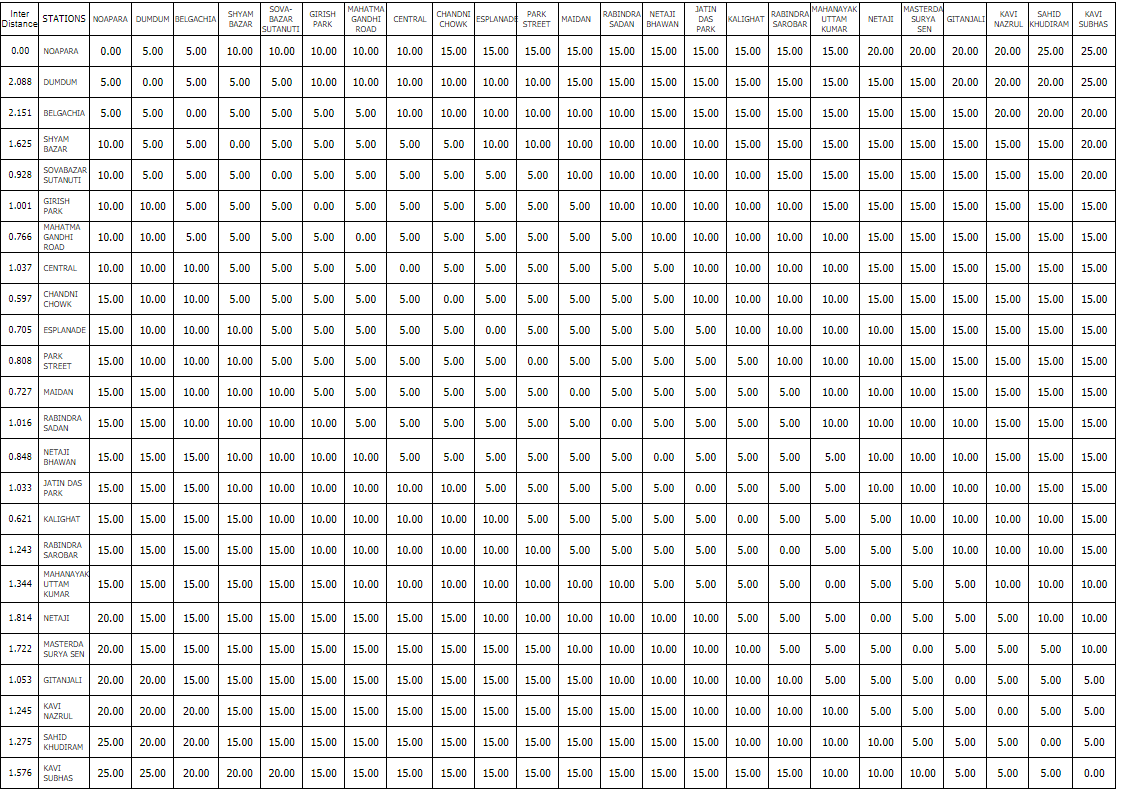