Mugad Railway Station in Dharwad District has been beautified recently. Apart from regular works in station,10 kms of Railway track has been thoroughly cleaned, colored with white and red. In addition, dressing up of track and tidying up of all the lines in the station yard were done neatly. Lily, Rose, Kakada were planted in circulating area in railway station. A beautiful garden was developed by staff of South Western Railway. This appreciable work at Mugad station was carried out by Shri Shafi Kazi, Senior Section Engineer P. Way assisted by 25 staff.

Shri Ajay Kumar Singh, General Manager, South Western Railway has given a cash award of Rs. 5000/- along with an appreciation certificate to Shri Shafi Kazi, Senior Section Engineer P. Way Dharwad for this innovative work towards “Swach Rail”. General Manager has advised that this should be replicated at other major stations on South Western Railway. 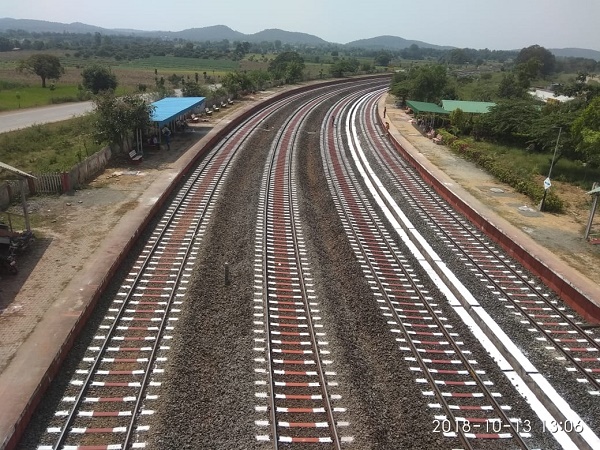